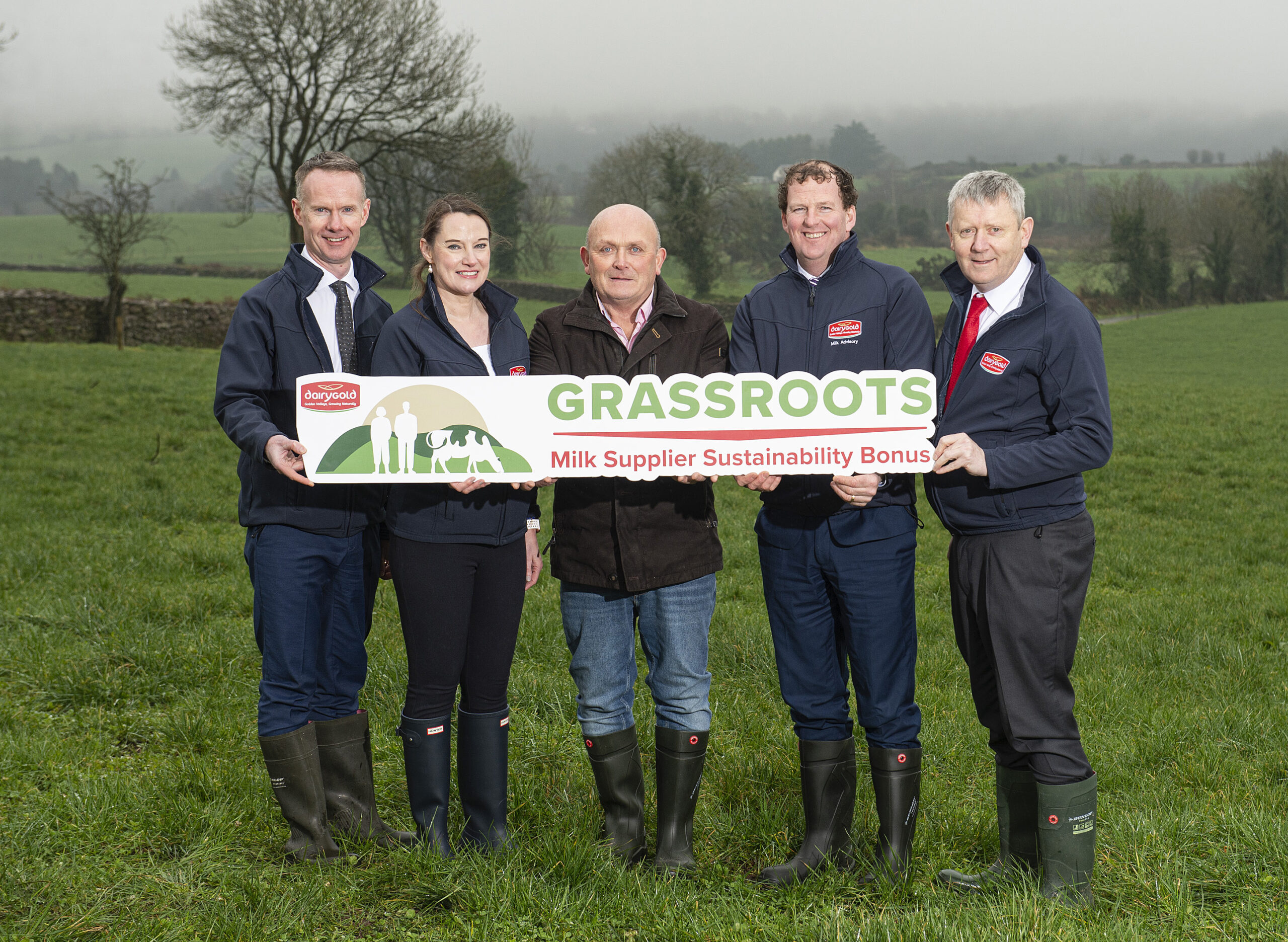 Dairygold is committing up to €10 million per year to its new Grassroots Milk Supplier Sustainability Bonus. The bonus will be paid to Dairygold Milk Suppliers who undertake certain actions on their farm designed to improve sustainability, including reducing emissions, protecting water quality and improving soil health.

The Grassroots Bonus builds on the existing 0.25 cent per litre sustainability bonus introduced by Dairygold in 2019 and will give Dairygold’s Milk Suppliers the opportunity to receive a total of 0.75 cent per litre (equivalent) by participating in the bonus programme.

Speaking at the launch of the Grassroots Bonus, Dairygold Chairman Sean O’Brien said: “Our Milk Suppliers are at the core of any positive action we take as an industry to address the climate change and environmental challenge. Rewarding them for the positive sustainability changes they are making on their farms is crucial to ensure we have as much support as possible for our collective goal of meeting our environmental targets.”

Commenting on the Grassroots Bonus, Dairygold Chief Executive Conor Galvin said: “We have a proud record of working with our Milk Suppliers to promote adoption of best practices in quality milk production. Our Milk Suppliers are very aware of the need to enhance environmental performance. This investment in our Grassroots Bonus is our way of recognising the effort and improvements being made on farm to ensure our milk is produced even more sustainably.”