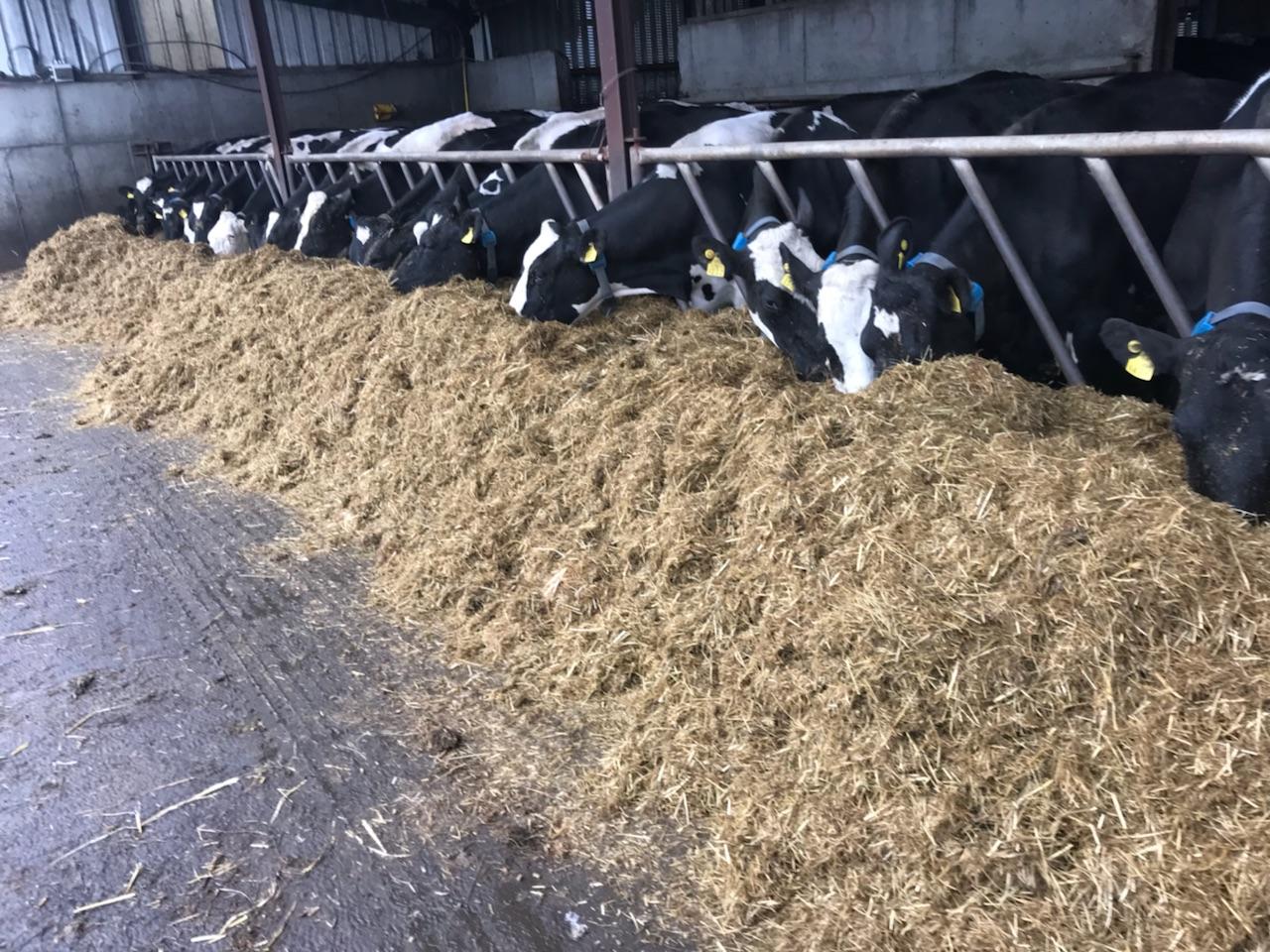 Intervention needed to address the hardship for farmers.

Dairygold confirms that it has organised for the importation of over 2,500 tonnes of fodder (haylage and hay) from the UK with the first loads due to arrive in Ireland tomorrow (Thursday, 5th April).

The Society noted that the imported fodder was essential to alleviate the current shortage of fodder for Irish farmers who are struggling with a long winter followed by the unseasonably cold and wet spring which has significantly delayed grass growth.

Additional shipments are due daily right through the weekend and into next week.

The fodder will be distributed to Dairygold’s farmers via the branch network across the Munster catchment region. Dairygold is advising Members who have fodder difficulties to contact their Dairygold Area Sales Manager or Milk Advisors so that the distribution of fodder can be effectively coordinated to support those in most urgent need of fodder.

The Society assures that the cost of fodder to its Members will be at cost price at source in the UK.

Dairygold had already been working with Members over the last 10 days to source fodder from locations around Ireland until it wasn’t possible to source adequate supplies within Ireland.

The situation became more acute over the Easter weekend when an emergency contingency plan was put in place.

“There has been a definite tightening of fodder stocks especially in the last week. The heavy rain across the country over the Easter weekend compounded an already bad situation on the ground for dairy farmers following one of the worst winters on record. Instead of having animals out at grass our Members are still dealing with housed animals and all the feeding requirements that involves.”

“We have no doubt that this imported fodder is essential. Unfortunately, ground temperatures and grass growth remain well below normal for this time of year so at this point in time it’s difficult to know when dairy farmers will be in a position to return to grazing. This period between the calving and the breeding season is a critical time for animal health and nutrition.”

“This is a very costly operation and we will be making this point to the Department and recommending that it initiates its haulage support programme that worked so well to assist in industry during the last fodder crisis in 2013.”

The Irish dairy sector last experienced a fodder crisis five years ago in April 2013. Then Dairygold imported over 10,000 tonnes of fodder from the UK and France to alleviate a critical shortage on Members’ Farms.