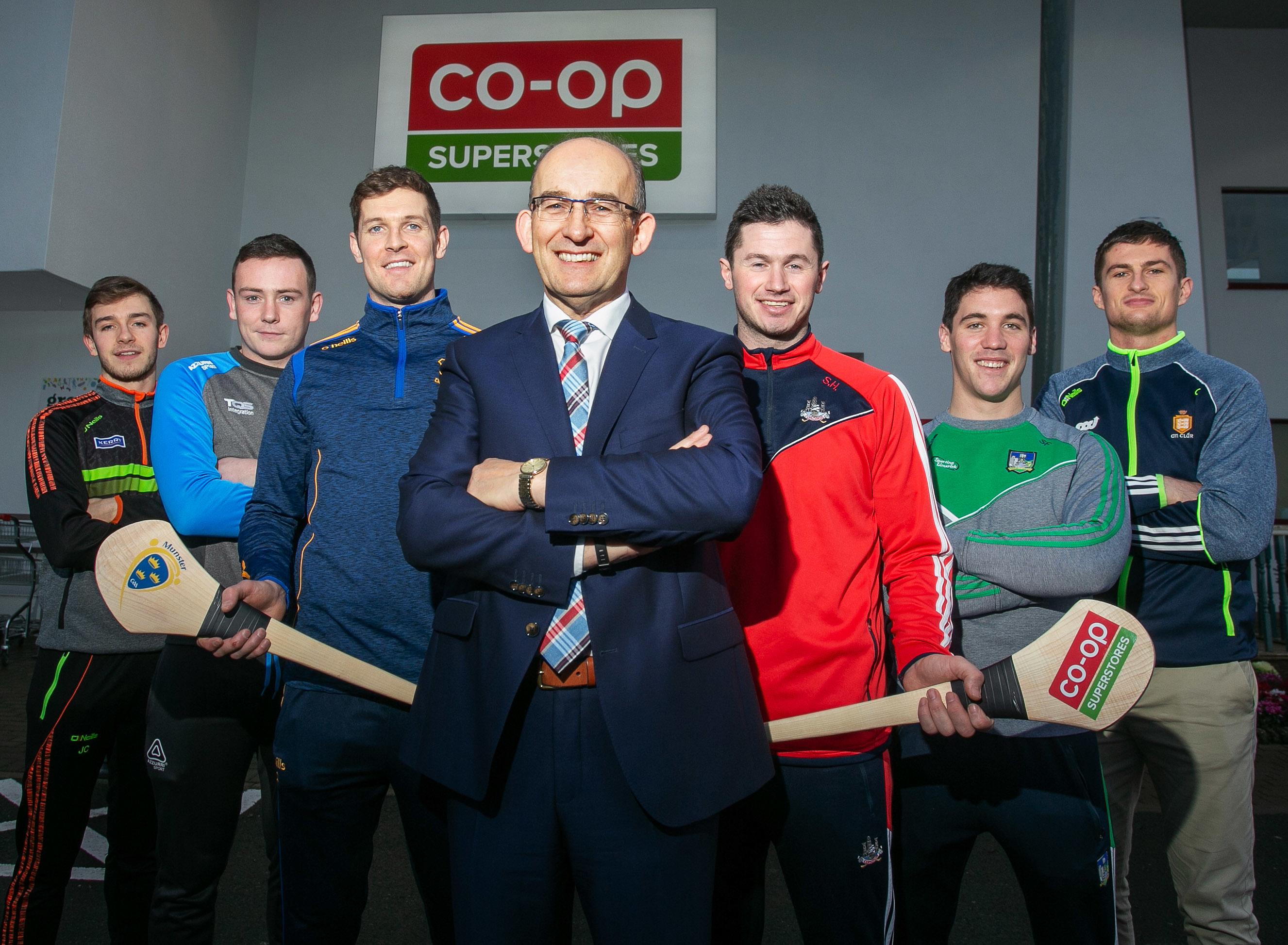 The opening round of the up and coming Co-Op Superstores Munster Hurling League 2019 sees All-Ireland Champions, Limerick take on Tipperary in the Gaelic Grounds, Limerick on Friday, 14th of December.

Commenting at the launch of the competition, which took place at Co-Op Superstores in Raheen, Limerick which is the flagship store in Dairygold’s retail network, Munster Council Chairman Jerry O’Sullivan said: “I am delighted that all six counties will participate in the 2019 Co-Op Superstores Munster Hurling League. The Munster Council is pleased to facilitate this competition for our counties as it provides participating teams with a great opportunity to prepare for the very competitive Allianz League. I am delighted to welcome Co-Op Superstores as the competition sponsor once again. I thank them for their continued support and look forward to working with them in the months ahead.”

Co-Op Superstores is the retail division of Dairygold Co-Operative.  Jim Woulfe, Dairygold CEO stated: “We are very pleased to join forces once again with Munster GAA in what is an extraordinary and unprecedented era for Hurling.  As an organisation deeply embedded in Munster, Dairygold through our network of retail stores and our online store coopsuperstores.ie is connected with the GAA across all communities.  We are looking forward to being part of another exciting League which gets the 2019 hurling season underway in Munster.”

With a network of stores across Munster and online at coopsuperstores.ie, this sponsorship is an ideal fit for the retail arm of Dairygold as it too is at the heart of local communities across the province.

Co-Op Superstores has something for everyone in the community.  From Stoves and Coal to Lawnmowers and Electrical Appliances, they have become a destination for all things Farm, Home and Garden. Customers can now opt for nationwide delivery direct to their home, farm or business by shopping their online store at www.coopsuperstores.ie.